You have prepared your budget for a new gaming console. However, should you choose Nintendo Switch or PS4? There are distinctive benefits that each platform offers. Below, we will discuss the comparison between Nintendo Switch vs PS4 to help you decide. 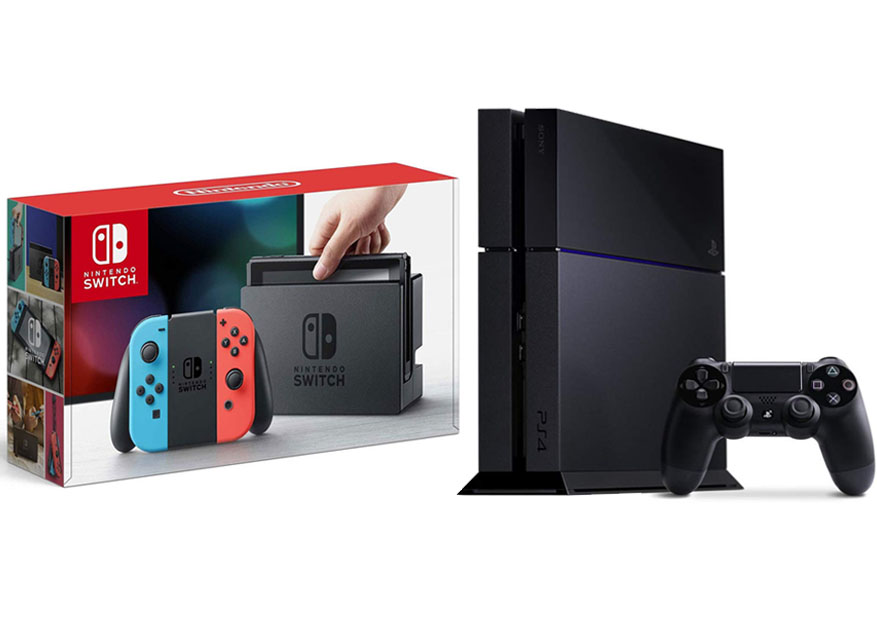 In this article, we will discuss further about:

Design
Honestly, Nintendo Switch vs PS4 do not feel precisely like competing consoles that fight against each other. This is because they have been designed very differently. Nintendo Switch has a unique design. Nintendo Switch sets itself apart by coming as a hybrid handheld console with strong third-party support. See also: Nabi Jr vs LeapFrog Epic.

Nintendo Switch sets itself apart by coming as a hybrid handheld console with strong third-party support. It is very small, like a tablet on steroids.

You may have noticed that Nintendo’s consoles are never designed to be the most capable or powerful. Instead, they come with exclusive games plus some gimmicks. So far, Nintendo Switch has proven that it is not a mere novel concept. In fact, it has become one of the fastest-selling home gaming consoles of all time. There are good reasons why Nintendo Switch can take the position of the primary gaming console in your home.

Nintendo Switch is very small for a gaming console. It is like a tablet on steroids. It has a built-in battery that can last for about 6 hours per charge and requires about 3 hours on the base station to recharge.

It accepts controllers on the left and right sides, and the whole thing fits well in your hands. You can bring it along wherever and whenever you need to go. At home, you can dock it to the base station, which connects to your TV, in order to use it as a typical console. The compact design means that it is a significantly less intrusive console than PS4, and the black finish gives a modern look fits any setup.

PlayStation 4, on the other hand, is more of a typical home console. It is much larger and heavier than Nintendo Switch. It doesn’t have a built-in display of its own.

PlayStation 4, on the other hand, is more of a typical home console. The older versions come with sensor-based buttons, which look cool but feel a little unreliable due to causing accidental disc ejections from time to time. The latest version goes back to physical buttons, which are simple yet effective.

As a matter of fact, PlayStation 4 also allows you to play without being tethered to a television if you have PlayStation Vita. This is done by streaming the game from PlayStation 4 to PlayStation Vita over Wi-Fi. Well, this is the closest thing to Nintendo Switch on the market, but unfortunately there are few PS4 games that have been optimized for remote play.

Controller
The next thing that you may need to consider when choosing between Nintendo Switch vs PS4 is their controllers. The layouts are very different. They also have different functionalities.

Nintendo Switch is unique because it has several different control mechanisms that may bring a drastic change to the gaming experience. 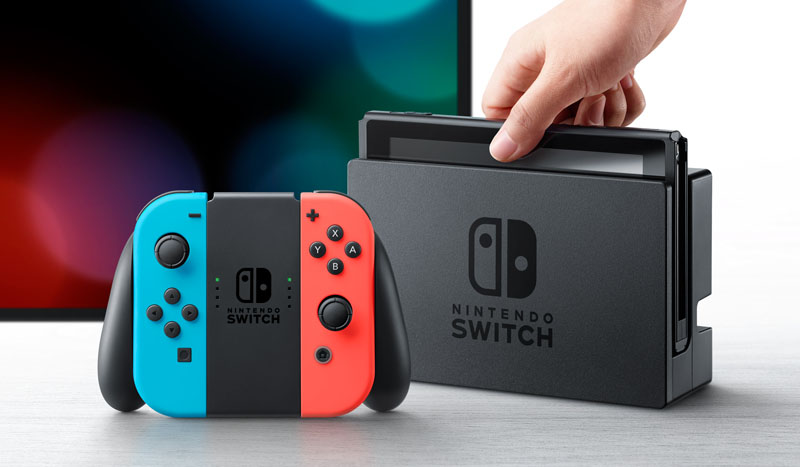 Again, Nintendo Switch is unique, this time because it has several different control mechanisms that may bring a drastic change to the gaming experience. When the unit is docked to the base station, and when the Joy-Con controllers are attached to the unit’s sides, the control layout is somewhat similar to that of PS4. It gives you two sticks, triggers, and buttons.

However, you can remove the Joy-Con controllers and use them independently for some games. You can also hand one of the controllers to a second player. Turn the controller sideways and you get a remote with a single stick and four buttons – pretty much like a Nintendo Wii remote – for playing simple games, such as Mario Kart 8 Deluxe.

PlayStation 4 comes with the Dual Shock 4 controller. The layout is relatively unchanged from the previous models. It is equipped with a built-in motion sensor.

PlayStation 4 comes with the Dual Shock 4 controller. The layout is relatively unchanged from the previous models. After all, the consistent control layout is one reason why people are able to adapt easily from older PlayStation generations. The Dual Shock 4 controller provides triggers and symmetrical control sticks. There is also the “Share” button, which enables you to take a snapshot, record a video, or even stream on Twitch.

Processing Power
In terms of processing power, Nintendo Switch vs PS4 is clearly not an equal match. A portable design means that there is some power that needs to be sacrificed. A large console is not as practical to bring around, but it can hold a much more capable engine.

Nintendo Switch is armed with a customized Nvidia Tegra chipset and 4GB RAM. The performance is generally good, but the loading times are relatively slower.

Nintendo Switch is armed with a customized Nvidia Tegra chipset and 4GB RAM. The processor has a power rating of 1 TFLOPS, which is significantly less powerful than PS4’s processor. The RAM capacity is only half of PS4’s RAM. As the effect, while the performance is generally good, you may encounter slower loading times on Nintendo Switch. It may experience slight stutters when playing particularly resource-intensive games, too.

PlayStation 4 comes with the octa-core x86-64 AMD Jaguar CPU, a 1.84-TFLOPS AMD Radeon GPU, and 8GB RAM. The differences are very significant. The more powerful components enable PlayStation 4 to play various games without any issue. The loading times are relatively low, and there are little to no stutters. PlayStation 4 consistently outperforms Nintendo Switch in titles that are available on both platforms, such as The Elder Scrolls V: Skyrim and Doom.

Display Quality
The next important difference between Nintendo Switch vs PS4 is the display quality. If you are fine with the 1080p Full HD resolution, both remain as viable options. However, most of us will agree that 4K Ultra HD is amazing. If you want to enjoy the latest display technology, there is only one viable option. 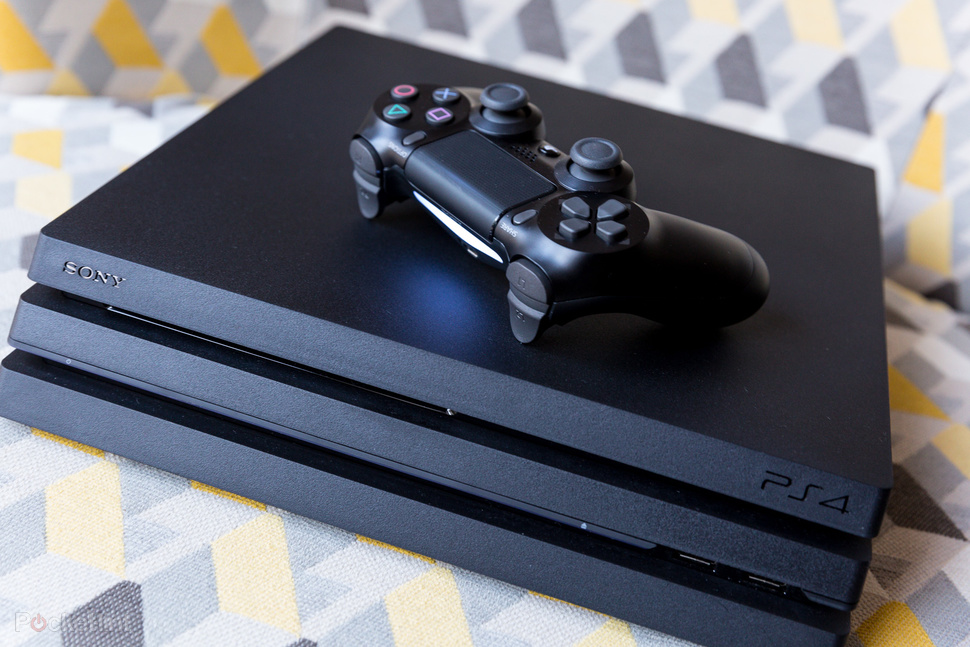 The built-in display of Nintendo Switch only supports a maximum resolution of 720p. That is actually fine as far as mobile gaming goes, but some of us who have expected it to come with a surprise in this regard may be disappointed. By the way, the display is made of plastic and is very easy to scratch, so you should give it a screen protector.

The regular version of PlayStation 4 also has a maximum resolution of 1080p. However, it has a distinctive advantage: the High-Dynamic Range (HDR) support. Well, this is only useful if you have an HDR-capable TV. But if you do have one, you will enjoy a considerably improved image quality. HDR is a technology that allows the contrast levels to be enhanced outside the limitations of common media standards. HDR will give you more vibrant, vivid, and detailed colors.

If you want to enjoy your favorite games in 4K UHD, you should choose PlayStation 4 Pro. Note that the feature is not enabled by default. In order to enable the feature, you need to connect the PlayStation 4 Pro console to a 4K-capable TV using a Premium HDMI cable (one that supports 4K content). Afterwards, go to the console’s Output Settings to enable 4K, and activate the 4K resolution on the display as well.

On the other hand, PlayStation 4 comes with a hard drive. Depending on the model, it may come with a 500 GB or 1 TB hard drive. For sure, you get enough storage room here for all your favorite games. Even if you are such a dedicated collector and you happen to run out of space, you can replace the hard drive with a larger one or complement it with an external hard drive.

Game Titles
Nintendo has always been known for its superb first-party titles. Nintendo Switch has come with great game titles, such as The Legend of Zelda: Breath of the Wild, Mario Kart 8 Deluxe, Super Mario Odyssey, Mario + Rabbids Kingdom Battle, and Splatoon 2. Some people are willing to spend their money just to taste these games.

Nintendo Switch looks promising because it has also received strong third-party titles, such as the aforementioned Skyrim, Doom, L.A. Noire, FIFA 18, and NBA 2K18. So, you won’t miss these major titles if you choose this one as your gaming console.

Connectivity
There is no contest in terms of connectivity. Nintendo Switch does not have an online multiplayer platform. Some games, such as Mario Kart 8 Deluxe and Splatoon 2, do allow you to play with people from around the world. But the system is just bare bones. In addition, Nintendo Switch does not have built-in voice chat. You need a separate smartphone app in order to have voice chat. This is very inconvenient.

Conclusion
Although Nintendo Switch offers distinctive qualities, PlayStation 4 is still better overall. It comes with huge advantages that are hard to beat. Perhaps the most practical benefit is the available game titles; PlayStation 4 has a huge library of exclusive as well as multi-platform games. It also offers robust online multiplayer experience. Then, there is the greater processing power, higher display quality, and better controller.

Cancel reply
TheToyTree.net Copyright © 2021.
Theme by MyThemeShop. Back to Top ↑